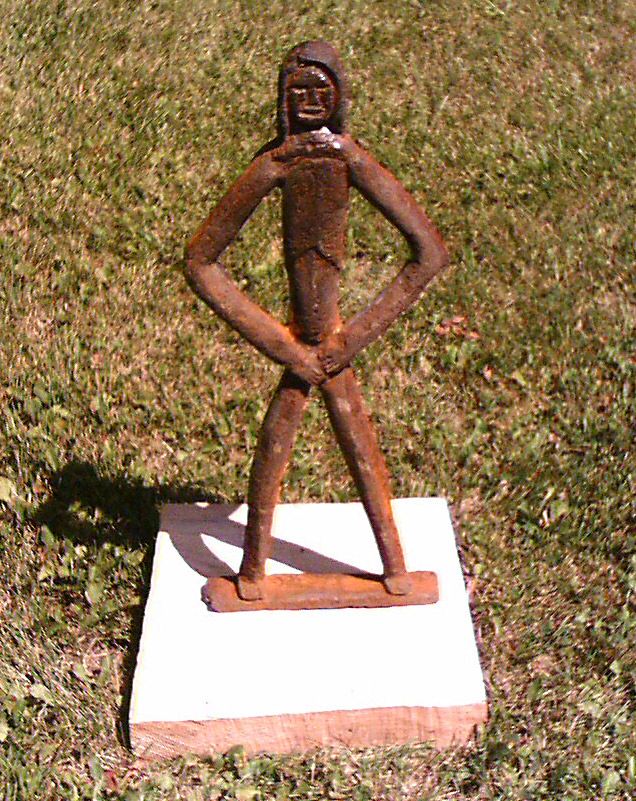 This is my first attempt at iron casting. 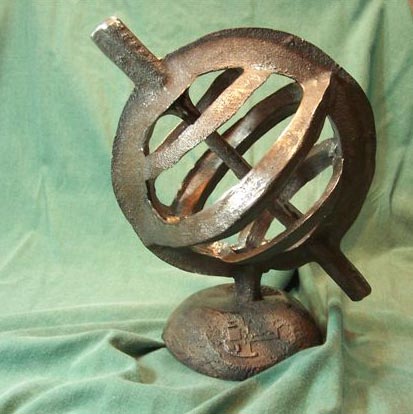 Digital Armillary was cast at Ox-Bow, SAIC. This is a repaired one-piece cast. The armillary sphere itself was hand carved into a resin set sand mold. The base was molded from a Styrofoam pattern and a circuit board from an Omnipod insulin pump.
An Armillary sphere is a model of the universe based on Platonic astronomy. It is an analog representation of all of time and space, and is inherently not digital. During the Renaiassance, it was discovered that the model still worked whether the center of the sphere was the sun or the earth, leading to the conclusion that on the scale of the universe, the distance between the sun and the earth was so small as to be negligible. This was an early glimpse of the immensity of the cosmos.  Shown at ArtPrize: September 23 – October 10, 2009, Grand Rapids, Michigan and the 5th International Conference of Contemporary Cast Iron Art www.internationalfe10.com/gallery.php 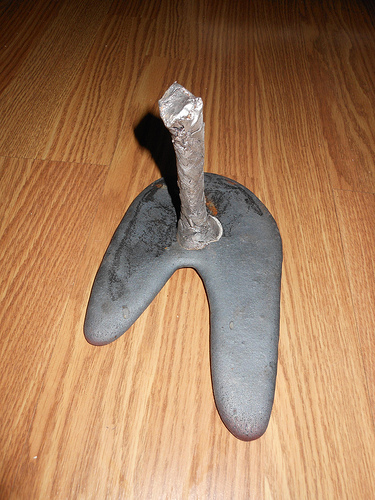 Grass Mud Horse, a maquette for Ai Wei Wei
The base is cast iron from a mold that did not fill completely. The finger is cast in a “Chinese handcuff” in aluminum. You are only trapped if you resist in the expected way.
The phrase Cao Ni Ma means grass mud horse in Mandarin Chinese. The same sounds (but not the same ideograms) is a rude insult, —- yo mama. Puns and word play like this were used by Chinese dissidents on the internet to confuse or avoid computerized censors.
This sculpture is a one finger salute to the Chinese censors. 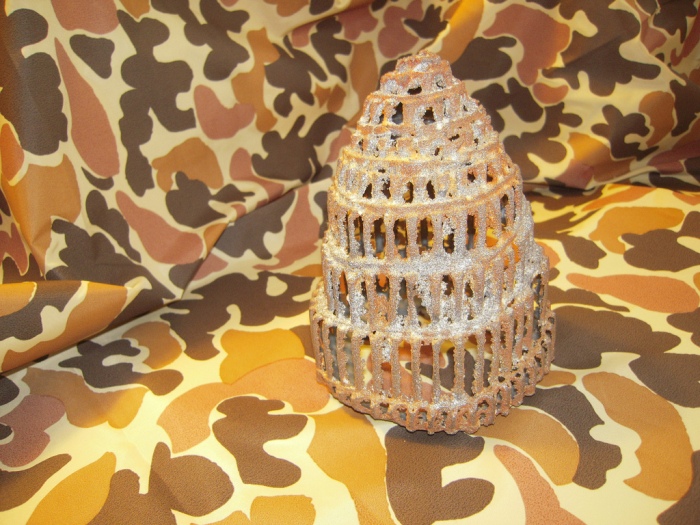 Ziggurat
This was slush cast in iron at the Indianapolis Art Center. It was a nice lacy structure, but cast iron is brittle. It shattered when I dropped it. 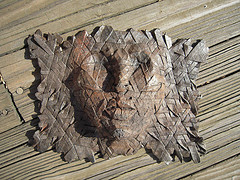 Cast Iron Origami Mask
The real reason I went to Indianapolis was to cast this. The mold was taken from an origami by Joel Cooper. 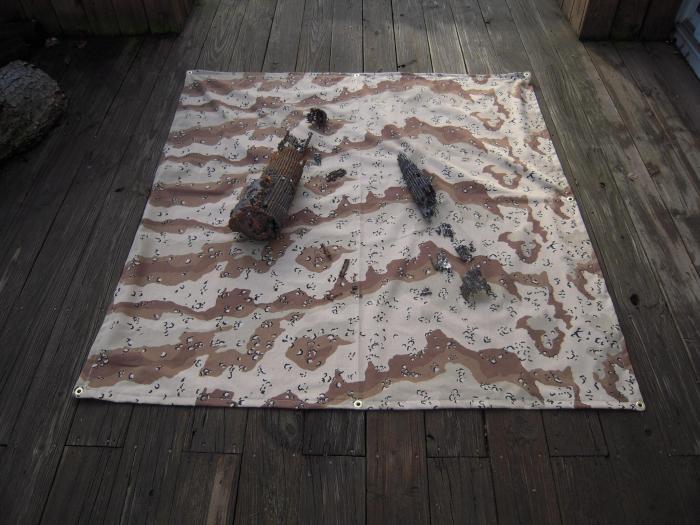 Twin Iowers
Cast at IAC in 2010. Desert camo tarp and cast iron towers. 59X59 inches.
This should evoke images of ancient ziggurats, the tower of Babel, the Minaret of Samarra, partially damaged in the Iraq War April 1, 2005, and the World Trade Center, destroyed September 1, 2001.
Interpret it however you want.  Exhibited at Celebration of the Arts, First United Methodist Church, Grand Rapids, Michigan. 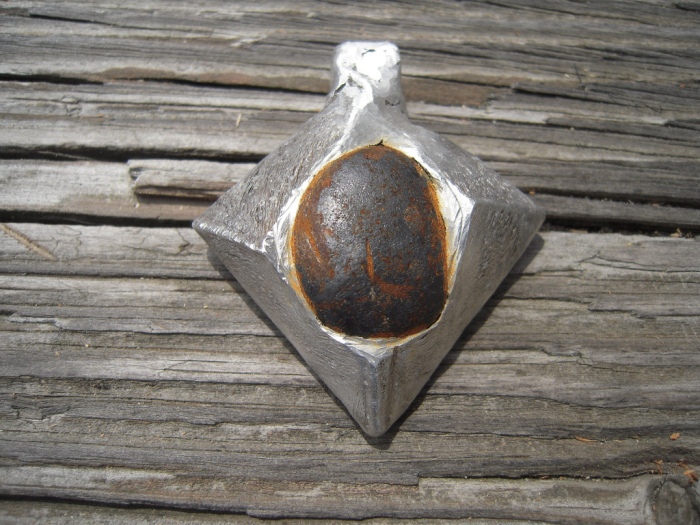 After an iron pour, there are ltttle buttons of solidified iron are left on the casting flor from splashed molten iron. You can cast them in aluminum and make pendants.

One thought on “Works in cast iron”