One of my sekimori ishi sculptures has been accepted for the Regional Arts Exhibition  of this years Festival of the Arts in Grand Rapids.  The juror for 3D works was Lindsay Isenhart.  The work and other local art work can be seen at the Woodbridge Building in downtown Grand Rapids, Michigan from June 2 to July 15, 2017.

The Pedvale Open Air Art Museum lies in a magnetic field. The magnetic force lines of this field interact with the large granite and iron sculptures to create some unusual magnetic effects. The lifting ring

This is the cast iron ring. The bolts run through the base, then through an oval hole in the upper arms, then directly into the stone.

on my sculpture, Sekimori Ishi

This is a proposal for a new site for public sculpture in Grand Rapids, Michigan. The proposed sculpture trail will be entirely on land owned by the city of Grand Rapids, bounded on the east by Kalamazoo Avenue, the north by Plaster Creek, the west by Ken-O-Sha Park, and the south by 32nd Street SE.   Map

The proposed trail will be primarily for the viewing of public sculpture, but will also serve as protection for the floodplain of Plaster Creek. Kenosha Drive itself could also be used as an extension of the Plaster Creek Trail. This will re-purpose unused city-owned land, and add to the value of the surrounding community.

The first sculpture pad could be sited at the north corner of Kenosha Drive and Kalamazoo.

Tannic acid patination is an ancient technique for forming a dark protective coating on iron objects. It may have been discovered accidentally, after iron objects were lost or buried in peat bogs, then recovered later in an unrusted condition. Iron Age bog bodies have been found with intact iron blades, more than a thousand years old. (reference for iron preservation in bogs)

The process itself is simple and non-toxic. Before starting, be sure that your object is clean, free of grease and oil, and lightly rusted. Japanese swordsmiths would boil their iron Tsuba in wood ashes (lye), then wash them in vinegar, and toast them over a Hibachi to rust. Place the object in a container, and cover it with bark pieces. Add water or vinegar to cover the object and the bark. This should then be allowed to sit for several weeks, to develop the coating. Ideally, the water should be free of chloride, so water that has passed through most water softeners is not acceptable. Distilled or de-ionized water will work well.  You can use rain water, but some rain water contains a small amount of chloride, which you want to avoid. If you have a municipal water supply, they may be able to tell you the chloride content of your water.  (analysis of Grand Rapids, Michigan water)

As with any chemical process, heat will speed up the reaction. Small objects can be boiled with bark, or the container can be put outdoors in a sunny location, depending on the climate and weather. click here to see a small iron sculpture, which was processed by heating with bark and water in a slow cooker The tsuba on Japanese swords were traditionally boiled in pomegranate peels to darken the iron. patination of iron tsuba

Lowering the pH of the solution with an acid will also speed up the process, but do not use muriatic acid, which is hydrochloric acid, as this adds undesirable chloride ions. Chloride will lead to destructive corrosion of the iron. An organic acid, like vinegar, will work. Phosphoric acid is found in some rust removers. This may add a blueish cast to the patina.

I have fermented the residue from jelly making, which contains some sugars and organic acids. This will form some alcohol, which can be further fermented to acetic acid. Strain out the liquid, and add it to the bark. The resulting solution was quite dark, probably due to some water soluble plant pigments.

Large objects can be painted with a solution, as recommended by the Canadian Conservation Institute. CCI bulletin

1. WATER You need water with as little chloride as possible. If you can, use distilled or de-ionized water. Rain water may be acceptable. Do not use water from a water softener that uses salt.

2. TANNIC ACID This is actually a mixture of organic compounds. You can buy tannic acid. Tannic acid is contained in tree bark, tea, hops, sumac fruits, black walnut or pecan hulls, and pomegranate peels. You can leave these in the solution while the patina develops. They will eventually have to be replaced. Any hardwood or softwood bark will work, but oak or cherry are particularly nice. Solutions of cherry bark may be toxic. Bark mulch from a garden supply place is sufficient. Logwood contains tannins, and may be available where supplies for trappers are sold.

3. PHOSPHORIC ACID You can buy this on Amazon, or maybe in a local drug store. Coca Cola and other soft drinks may contain phosphoric acid.

4. Other ACIDS Ideally, your solution should have a ph of 2. Distilled white vinegar works. Avoid muriatic acid, which is hydrochloric acid.

5. Homemade vinegar. Anything with sugar can ferment to alcohol, which can be further fermented to vinegar. If this does not occur spontaneously, see if you can get organic vinegar which contains “mother of vinegar” to add to the solution. Try fermenting fruit pulp or peels, beets, carrots, molasses, or anything else that you can find containing sugar. Fruits usually contain other useful organic acids as well. Since you are not going to eat or drink this, spoiled or rotten fruit is fine. Add yeast, and let sit a week or so before straining for use. Allow room for expansion.

6. If you have access to a silo, the drainage contains organic acids, and often alcohol as well. This can be used as the liquid in your patina solution.

7.Alcohol. Alcohol acts as a solvent, and helps the solution to penetrate cracks and porosities in the cast iron. It isn’t strictly necessary, particularly if you are fermenting fruits to produce the material. 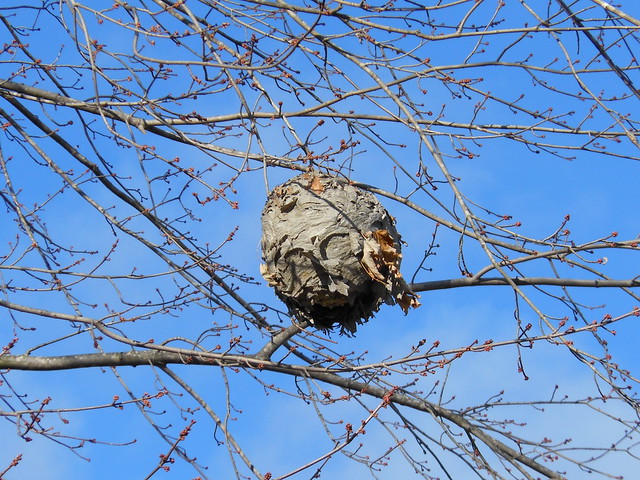 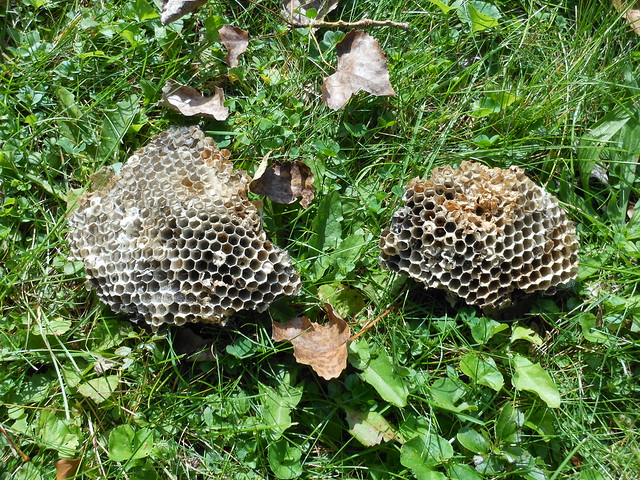 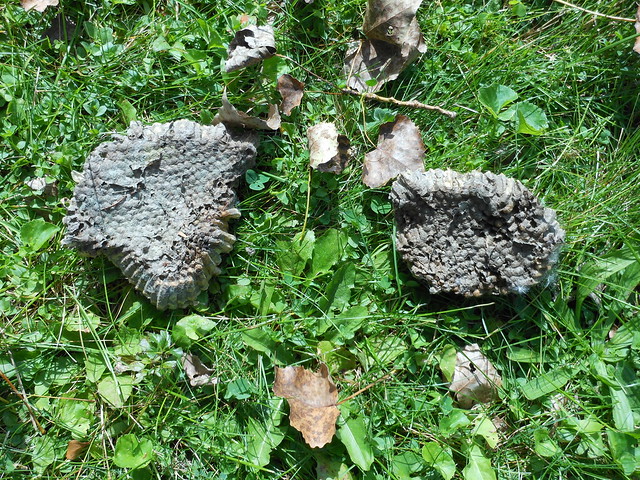 I made some foam and paper sprues 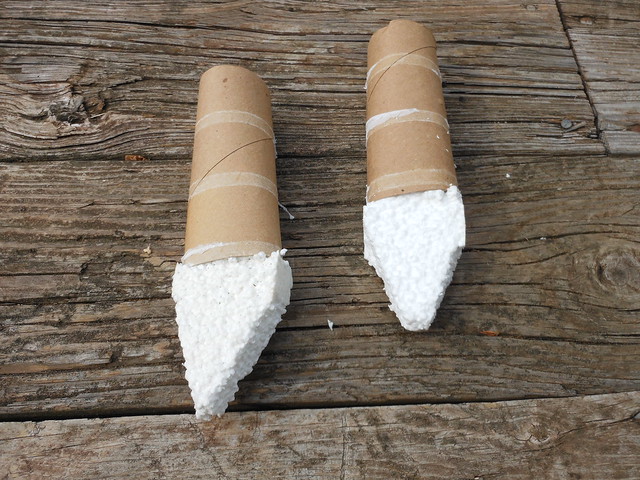 and attached them to the nest fragments with masking tape: 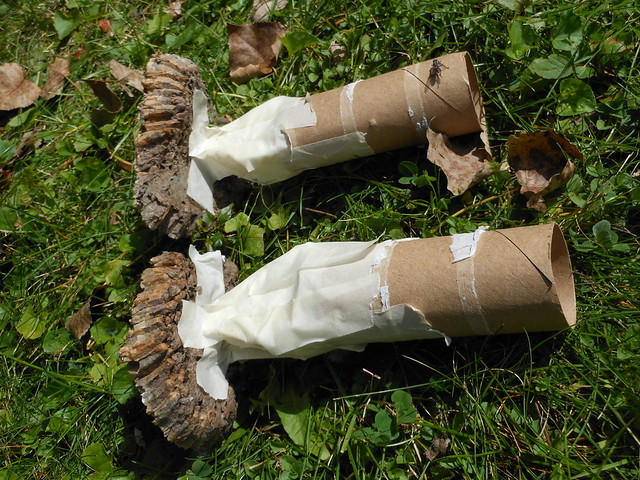 These were packed in loose sand (shake gently while doing this). 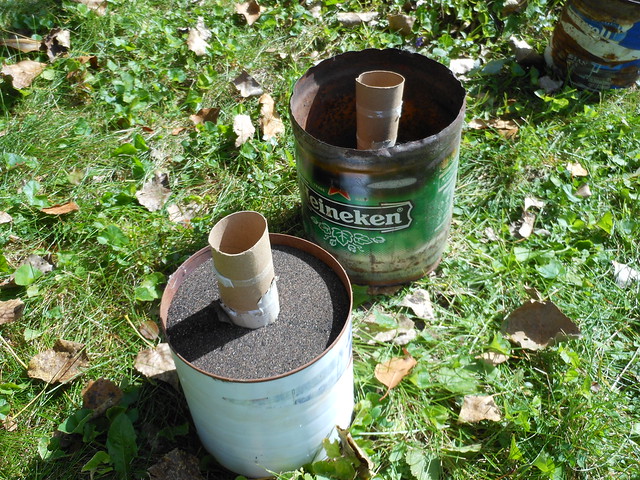 The molten aluminum was poured in the sprues. 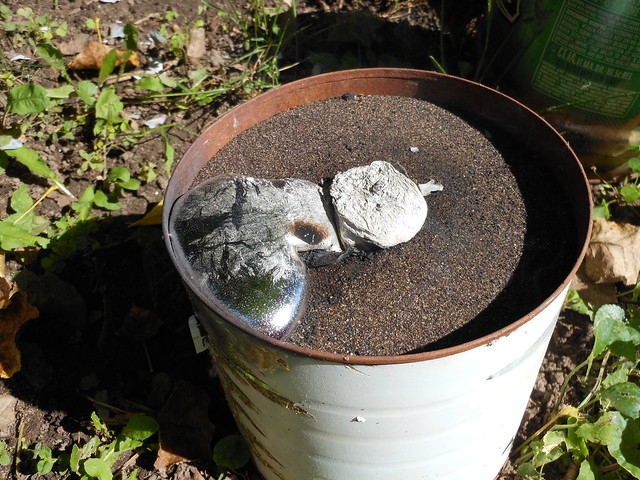 This is the resulting rough casting: 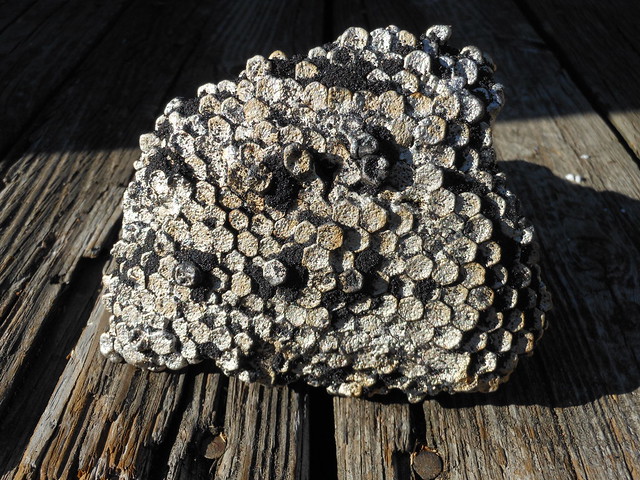 This is the back, with the sprue still attached> 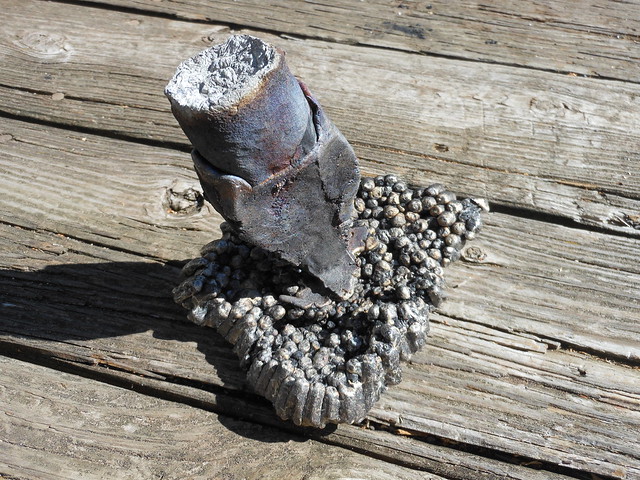